Publishing Outside the Box

Getting your book published can seem like a daunting task. For me, the approved process of finding that agent who would find me a publishing deal proved to be a hurdle I could never get over. I wanted to go the approved way, the safe way, the paved path where everything was done for me and I didn’t have to educate myself on the nuances of the publishing industry. I just wanted to write! But agent after agent said the same thing: competition is tough; we’d have to really be in love with your book to take you on. And the bottom line was, they weren’t in love with my book.

I was willing to take a chance on me. It became clear that the reason why agents were so picky was because the industry itself was changing. The digital age had finally caught up to the printed page, and competition for those coveted slots on the big publishing rosters was fierce. But I knew it wasn’t the only way anymore.

My husband and I moved to Nashville in the 90’s for music. At that time, it was still all about getting a record deal with one of the major companies. The internet was new, computers were still considered a luxury item, and digital recording was in its infancy. Record companies like Sony, BMG, and Warner had a lot of money and a lot of employees. But about the mid-90’s, things started to change. The smaller companies were being bought out. The bigger companies were consolidating departments and sometimes doing away with them entirely. Many of my friends were laid off and out of work, desperately trying to stay viable in a world that was changing. But no one in the industry would admit it was changing. And certainly, to the public, everything was the same. Records were made by the big companies. If you wanted a music career, you had to go through that door.

But we knew differently. We knew that digital recording equipment was starting to go down in price. Now it was feasible to own your own equipment and record your own records. Friends of ours made studios out of their spare bedrooms. One single guy we knew made his entire house into a studio. Demos began popping up that sounded more and more like fully-funded records. And then the inevitable happened: someone made a record entirely independent of the big record companies and people BOUGHT it. Not only did the public want the record, but now the big companies started scrambling for the rights to that record, to “help” the independent company. The independent studio had become the norm.

With that in mind, I began to realize that the reason the book publishing industry was so competitive was because writers like me could self-publish. I could go through Amazon directly, or publish through a distributor, like Ingram. I could make my own publishing deal. The industry was changing, but the big companies didn’t want me to know that yet. They wanted to hold on as long as possible, and who could blame them? But in the meantime, I was the one suffering for it. My book was being passed over because I was risky.  But I was willing to take that chance, even if it meant I had to learn skills I never wanted to learn.

Two of the primary pros of independent publishing is creative control and the freedom to publish in more than just traditional ways. I can experiment without the fear of having to pay back my advance! I can publish outside the box.

Here is an example: My book was finished and I had received yet another “I’m not in love with your book” email. I was sitting on a plane on my way to London.  Sitting next to me was a handsome young man wearing jeans that were too skinny even for his skinny frame. He was a Londoner returning after a conference in New York City. When I mentioned I was a writer, he became enthusiastic. I reminded him that I was an unpublished writer. This didn’t dim his excitement. He was in marketing, and he loved start-ups. He had even started a website on how to become a start-up company. My skinny-jeaned friend suggested that I read my book on YouTube. He said it would be a unique way to “publish” that would get a different kind of audience and attention, and a way to get the attention of the industry that was largely ignoring me in my current efforts of query letters and synopses.

I smiled at him at first, wondering if the jeans had cut off some much-needed oxygen from his brain. And then I realized two things: 1) this is a marketing guy giving me marketing advice, and 2) this is a younger person than I am. I recognized that while this method of publishing would never have crossed my mind, it had crossed his, and within a short time of hearing about my novel.

So, if you find yourself at the other end of a long line of rejection letters, I encourage you to break through the restrictions of the old publishing box and create your own oddly-shaped creative endeavor. You have nothing to lose, and everything to gain! 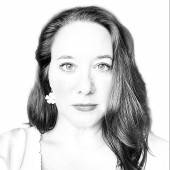 ISBN vs ASIN: What’s the difference?

Where Do You Stand?